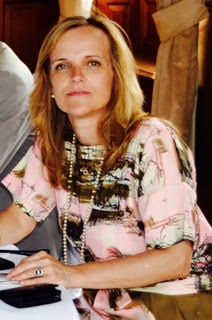 Cristina Schneider is the founder and managing director of My Next Step. Born and raised in Switzerland, she is an Austrian-Bolivian national. She graduated from Sciences Po-Paris (IEP) and earned a Bachelor’s degree and an MBA in the United States.
She now shares her time between Geneva and Paris where My Next Step is represented. She is fluent in French, English, Spanish and German.

Prior to establishing My Next Step, Cristina managed Prima Alpaca, a small import/export company. Thereby, she was able to link her European background to her South American roots to which she is deeply attached. Beforehand, she pursued her ongoing professional career in Europe, the United States and Latin America. After experiencing the diplomatic service at the Bolivian Embassy in Paris, she continued dealing with international affairs through NGOs.

Throughout her career path, she became increasingly convinced of the importance of education and open-mindedness to effectively apprehend challenges. Likewise, she trusts that acquiring a broad perspective on issues at stake is a means not only to comply with recruiters’ pre-requisites, but also to show tolerance and understanding towards others.